You are here:
Green fleets 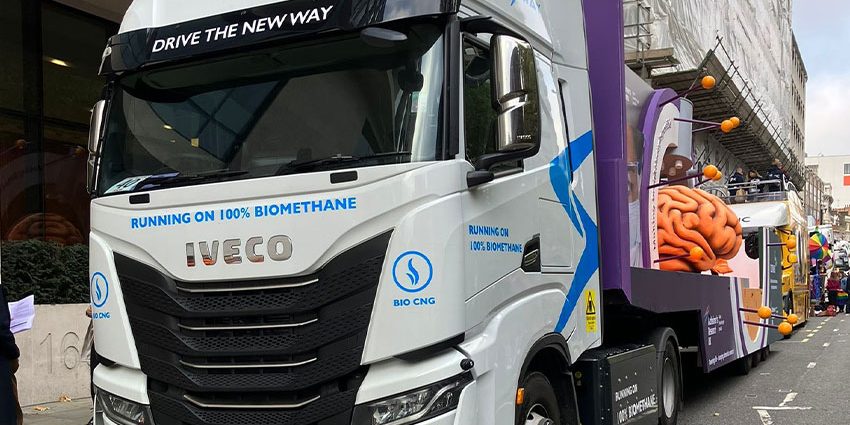 IVECO took part in the The Lord Mayor’s Show, one of the best-known annual events in London as well as one of the longest-established dating back to the 13th century, by providing an IVECO S-WAY Natural Gas tractor unit to pull one of the many eye-catching floats being displayed. London has worked hard to reduce emissions from vehicles entering the city over the years, and so the IVECO S-WAY was the ideal choice for this mission. Running on biomethane, this CNG vehicle provides a reduction in carbon emissions of up to 95% when compared with an equivalent diesel truck.

The IVECO S-WAY Natural Gas is powered by a 460hp Cursor 13 engine capable of producing 2000Nm of torque. Brawn meets brain as this substantial performance is accompanied by impressive economy and greatly reduced carbon emissions. With the cost of traditional fuels fluctuating greatly, operators also benefit from reduced running costs with this CNG IVECO S-WAY.

The Lord Mayor’s Show celebrates the historic appointment of a mayor by The City of London. King John decreed that every newly elected Mayor had to swear loyalty to the Crown, with this procession becoming a celebration over the centuries. The colorful procession runs through the City of London and features horse drawn-carriages, decorative floats, and an array of costumes.

This IVECO S-WAY Natural Gas pulled an imaginative float designed to raise awareness for the Alzheimer’s Society. A series of moving graphics gave way to a large rotating model of the brain at the rear – intricately illuminated for maximum impact.

IVECO has been an industry leader in natural gas vehicles for over 20 years and today offers gas variants of many core models. From the multi-talented IVECO Daily to the masterful IVECO S-WAY, IVECO provides a natural gas vehicle for every mission. “We were proud to support The Lord Mayor’s Show. The IVECO S-WAY Natural Gas was the perfect candidate for a highly capable low-emissions vehicle operating in low and ultra-low emission zones such as central London,” said Gareth Lumsdaine Truck Business Line Director.

One of US largest transit system will power fleet with Clean Energy’s biomethane
January 25, 2023